With DPS Single Edition, members can create single-issue content, such as brochures, annual reports or personal design portfolios, and submit an unlimited number of apps to the Apple App Store for publication, at no additional cost†. This gives freelance designers, design agencies and small-to-midsize businesses easy access to the same core digital publishing technologies that leading publishers, such as Condé Nast, are using.
The new, enhanced workflow in DPS Single Edition makes designing and building single-issue apps easier than ever. Designers can use InDesign to create and build the .folio file and move directly from InDesign into the DPS App Builder (a Mac OS application), where the app is produced. When complete, the app can be submitted to the Apple App store through Apple's standard app submission process. Customers can also preview the app in real-time on their iPad, a time-saving feature to ensurean accurate look and feel, and update their Single Edition apps at no additional cost after they have been submitted to (and approved by) the Apple App store.

Targeted to design professionals working in or serving small businesses, Digital Publishing Suite, Single Edition delivers integration with InDesign CS6, enabling designers to leverage their existing skills, retain creative control, and expand their design services to tablet publishing. Designers can easily create tablet apps for the Apple iPad, such as brochures, portfolios, annual reports, and more.
For customers interested in publishing to additional platforms (Kindle, Android) and publishing multi-issue apps, Adobe Digital Publishing Suite offers Pro and Enterprise editions that might be better suited to meet your needs.
Key features of Digital Publishing Suite, Single Edition include:
Important information for customers who are interested in using DPS, Single Edition:
There will be many resources available on September 19, including:
We are excited to announce that on September 18, 2012, at 9:01 pm PDT, Creative Cloud members will be able to submit an unlimited number of DPS, Single Edition apps to the Apple App store.
DPS, Single Edition will continue to be available as a standalone product on Adobe.com for $395 / app. The improved workflow and new features will be applicable to standalone customers as well, but only Creative Cloud members will be able to submit unlimited apps at no additional cost. Finally, DPS, SE standalone is compatible with CS5, CS5.5 and CS6.

Fourth, the new Adobe Step-by-Step Guide to Publishing iPad Apps with DPS, Single Edition was released. This valuable PDF guide is available to download at digitalpublishing.acrobat.com. You must sign in with an Adobe ID, and agree to the DPS terms and conditions to download the guide. Once logged in, click on "Companion Guides for Submitting iOS Applications to Apple" in the Additional Resources section in the bottom right corner of the screen.Adobe has made a significant investment in simplifying the app building process with DPS and clearly documenting this. Most of the steps involved in creating and submitting an app to the App Store are steps that are mandated by Apple, and are performed on Apple web sites. Adobe has invested in clearly documenting all the steps in the process, including the Apple steps. This new Step-by-Step guide is the culmination of this documentation. Adobe hired yours truly to expand the existing documentation, make it as crystal clear as possible, and make it designer-friendly. With a great design by Lynn Phelps, I think we succeeded. I'm convinced that anyone willing to patiently follow step by step directions will be able to successfully create and submit an app with the help of this guide. 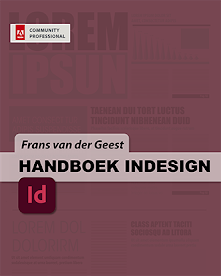